Gangs of Pakistani Muslim men rape, beat and sexually exploit more than 1,400 young British girls, some as young as 11, over 16 year period in English town of Rotherham

For years, police and authorities turned a blind eye for for of being branded racist

A story of rampant child abuse—ignored and abetted by the police—emerged out of the British town of Rotherham in Yorkshire in August 2014. Until then, its scale and scope would have been inconceivable in a civilized country.

Its origins, however, lie in two related factors, firstly what one Labour MP called “not wanting to rock the multicultural boat” and secondly, the fear by police, council authorities and social workers of being branded as racist.

The Labour council of Rotherham stands accused of ignoring child sex abuse on an unimaginable scale for 16 years.

At least 1,400 children were subjected to appalling sexual exploitation in Rotherham between 1997 and 2013, the report found.

Children as young as 11 were raped by multiple perpetrators, abducted, trafficked to other cities in England, beaten and intimidated, it said.

And shockingly, more than a third of the cases were already known to agencies.

But according to the report's author: 'several staff described their nervousness about identifying the ethnic origins of perpetrators for fear of being thought racist'.

The landmark report exposed widespread failures of the council, police and social services.

A former Sudanese child soldier who blamed  memories of a traumatic childhood that triggered a vicious bashing of a  Canberra man has been sentenced to three months’ weekend detention.

Luay Shaor, 30 at the time, claimed he suffered a traumatic childhood in Africa, which saw him beaten by his family and conscripted into the Sudanese army as a young teenager. Shaor eventually fled Sudan, saying he escaped the army and ran for four days barefoot through ... 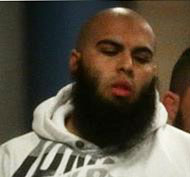 AN Australian-born man known to intelligence authorities for his extreme religious views has been charged over an alleged near-fatal shooting outside a sex club in Sydney's northwest in May 2013.

Milad Bin Ahmad Shah al-Ahmadzai, 23, has been charged over the May 1 shooting and ambush of a ...

In December 2010 a jury found Wissam Fattal, Nayef El Sayed, and Saney Aweys, guilty of terrorism offences after a six-week trial in the Victorian Supreme Court.

The three men were part ...

The enemy within: al-Shabab in Australia

The al-Shabab terrorist group responsible for the Westgate shopping mall massacre in Nairobi has links with home-grown Australian terrorists.

The targeted attacks were reportedly linked to an ongoing lethal bikie turf war between the Comanchero and Hells Angels gangs.

Vasko Boskovski and Bassil Hijazi died in a hail of bullets in Sydney's southwest, the 20th and 21st ...

A suburb I used to know

History teacher Peter Roberts grew up in Greenacre, scene of yet another shooting involving men of Middle Eastern background

Wilbur Street, Greenacre? I remember it well. I remember riding my bike around Wilbur ...