The following article is an excerpt from the forthcoming book by Kenneth  Schultz, The  Decline and Imminent Fall of the West. In this article: 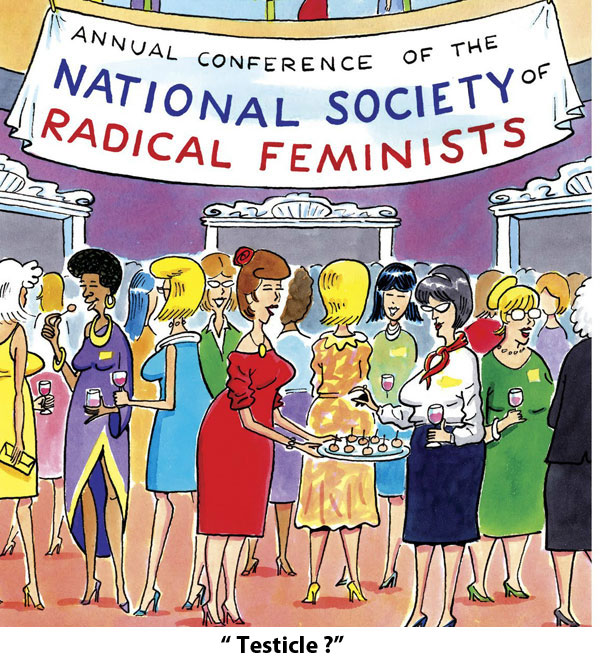 Decades of a virulent anti-male narrative by radical feminists has resulted in negative stereotypes of males being embedded in our culture. If you are a white, heterosexual male, who hasn’t succumbed to political correctness and therefore can still think for yourself, you are probably sick of the put-down of men in TV commercials, sitcoms and movies and the outright slandering of men by the domestic violence industry.

In a world where the cultural dialogue is dominated by feminists still complaining that men have all the power yet the truth in most Western countries, is that many of our laws, attitudes and social conventions make life tough for men, going so far at times to demonise men.

How many times have you watched TV commercials and sitcoms depicting males as dim-witted, bumbling oafs outwitted by smug, all-knowing females?

Or TV shows such as Criminal Minds that routinely depict males as violent, sadistic and depraved serial killers?

And SVU: Special Victims Unit, where the overwhelming majority of perpetrators are male (usually white).

Many men are incensed at their treatment in the courts and in police proceedings.

Many TV commercials depict females as clever and all-knowing while they depict males as bumbling fools, but never the other way around. Some examples: 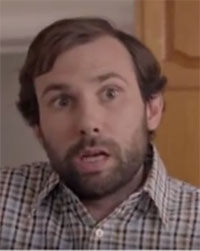 University texts have become feminised and anti-male. Following university indoctrination, the more activist teachers are disseminating the anti-male propaganda, telling their classes for example, that the reasons for wars is the innately violent nature of men (see below, "A word from a feminist").

American crime shows such as Law & Order - Special Victims Unit depict men as evil rapists and murderers. Stabler, the former male star of SVU took great delight in slamming each male suspect up against the wall and hissing "you low-life scumbag" in his face. On the rare occasion the detectives apprehend a woman suspect they treat her very gently because there must have been a good reason she murdered her child.

All of the negative images of males is having a devastating effect on the morale of young boys. "They are soaking up these negative images", says Don Bowak, NSW president of the Men's Health and Well-Being Association. "There's huge anger and they don't even know where it is coming from".

Susan Falls, who in 2010 provided a case study in how to legally kill your husband, has walked free from court again, this time after defrauding the Australian taxpayers of $78,284.

Falls walked free from Southport (Queensland) Magistrates Court on an intensive supervision order after pleading guilty to ripping off Centrelink over five years when she claimed she was a single mother.

But at the time she was living with her husband Rodney on the Sunshine Coast and the pair owned businesses, built a duplex and took a family holiday to Hawaii.

Falls killed Mr Falls in 2006 when she drugged his dinner and shot him in the head. His body was later dumped in bushland and she reported him missing.

It was an offer he couldn't refuse. Paul Snabel had  been partying all night. In the early hours of the morning of November 11, 1989 his girlfriend Karen Randall phoned and said, meet me for sex.

The sun was rising as Karen's sister Donna picked up Paul Snable and drove him to a remote property in rural Victoria. He had no inkling that this was to be his last day on earth.

For Paul Snabel was heading into a trap set ...

Domestic violence: How to get away with murder

On March 6, 2015 another woman using the "battered woman" defence walked free from an Australian court after being found guilty of the manslaughter of her former de-facto husband and father of her child.

Although the jury found Jessica Silva guilty of the manslaughter of James Polkinghorne, the kindly judge, NSW Supreme Court Justice Clifton Hoeben found she did not intend to kill Mr Polkinghorne and allowed her to walk from the court with just a good behaviour bond.

The judge arrived at his amazing conclusion, notwithstanding that he heard during the trial a transcript of a telephone conversation between Silva and her brother on the morning of the murder, where she said:

"Is there anyone we can fucking contact, somebody to get him killed or something."

Mr Silva says there isn't and repeatedly urges her to go the police and to get an AVO out against him, and she tells him "don't worry about it, I'll fucking stab him myself."

Sydney woman, part-Aboriginal Kristi Abrahams pleaded guilty to murdering her daughter, Kiesha (pictured below), whose remains were found in bushland in Sydney's west in early 2011, eight months after she was reported missing.

Abrahams showed no emotion as she was sentenced to a non-parole period of 16 years for murder and interfering with a corpse.

"Rot in hell!" someone in the public gallery yelled out as she was led away.

On March 3, 2006, a woman who shot dead her husband from a "sniper's nest" at their central Victorian property walked free from an Australian court after being charged with the murder of her husband. Not only was it murder, it was, according to the prosecution, a cold-blooded and calculated execution.

This is a transcript from PM. The program is broadcast around Australia at 5:10pm on Radio National and 6:10pm on ABC Local Radio.

Following pressure from feminist groups, the Western Australian parliament in 1985 dramatically amended the law relating to rape, first by changing the term rape to sexual assault and then greatly widening the definition of what could be classed as sexual assault.

Many acts not previously constituting rape were included in the new Act. The criteria for sexual ...

Domestic violence: How to legally murder your husband

On 4th March 2006, Claire Margaret McDonald gasped and burst into tears as a Victorian Supreme Court jury found her not guilty of the execution style murder of her husband, Warren John McDonald.

The court was told that McDonald had donned camouflage gear and lay in wait with a high-powered rifle for her husband to approach. ...

The media constantly trumpet the radical feminist line that males are violent killers, responsible for the majority of domestic viiolence.The story of sadistic killer Katherine Mary Knight may redress this imbalance somewhat.

On 29 February 2000, in what must truly be Australia's most gruesome case of domestic violence, mother of four, Katherine Mary Knight cold-bloodedly ...