One of Channel Nine’s new hosts on its Today show sparked a national furore by linking Australia Day to Aboriginal imprisonment rate and rape. 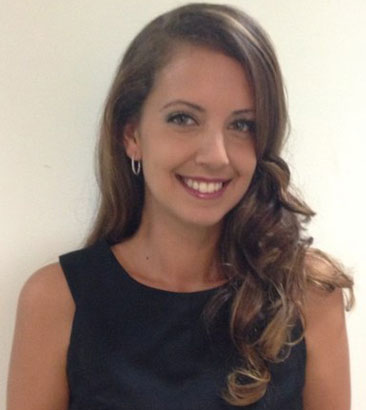 Brooke Boney, a mixed-race person, more white than black, weighed into the left-wing move to change the date of Australia Day by declaring “I can’t separate the 26th January from the fact my brothers are more likely to go to jail than they are to go to school or that my little sisters and my mum are more likely to be beaten and raped than anyone else’s sisters or mum”.

“And  that started from that day, so for me it’s a difficult day and I don’t want to celebrate it,” she said.

“January 26”, she said, “marked the beginning of what some people would say is the end for indigenous people”.

Boney is the latest in a string of people of mainly European descent to claim Aboriginal status for the benefits it confers.

Journalist Andrew Bolt wrote two articles critical of certain persons clearly of European descent who claimed Aboriginal status to receive, according to Bolt, some of the special benefits available only to Aboriginals.

In two columns written in 2009, Bolt says a number of people, often more European than indigenous, have been able to advance their careers by applying for positions, prizes and scholarships by self-identifying as Aboriginal. For expressing these opinions, Bolt was hauled before the courts. 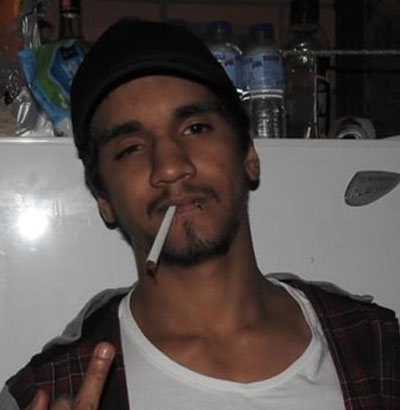 One of Boney’s “brothers” will certainly go to jail rather than school if the allegations against him are proven. Codey Herrmann is charged with the murder and rape of Israeli student Aiia Maasarwe

Lots of Boney’s other brothers have gone to jail for murder and vicious assaults, often against white people, many of them frail and elderly. 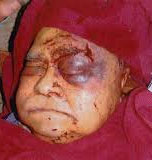 Sidney Brady was an independent 89-year-old man until he was savagely beaten in a senseless attack during a home invasion, by Aboriginal Allan Ronald Poland, leaving Mr Brady brain-damaged and blind in one eye 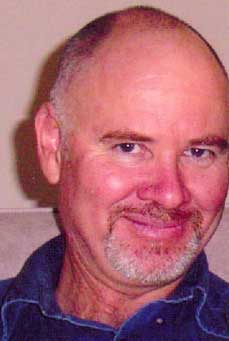 Respected WA farmer, Bill Rowe, was enjoying a game of beach cricket with his family when he was bashed to death with his own cricket bat by Aboriginal Matthew Roy McDonald.

And it is true that Boney’s little sisters and her mum are more likely to be beaten and raped than anyone else’s sisters or mum. But it is a malevolent lie to conflate arrival of the First Fleet with current bashings and rapes. Court records and media reports reveal the bashing and raping is perpetrated almost exclusively by Aboriginal men. 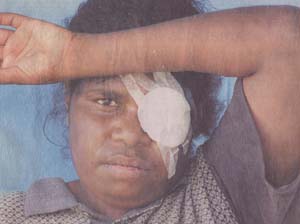 Roseanne Holroyd of Porpuraaw community in Cape York lost her left eye when her de facto husband, Alistair Pamtoonda, in a drunken rage, thrust a broomstick in her eye. Pamtoonda was violent towards Ms Holroyd throughout their relationship. She continues to wear a white gauze patch over her eye. 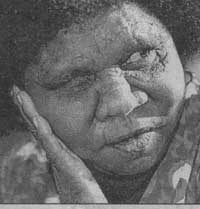 Cynthia Bernard of Kowanyama community in Cape York in Queensland was blinded in the right eye during a flogging from her son.

Rosie Lowdown of Cape York's Pormpuraaw community had her eye knocked out with a broom stick wielded by her de facto partner Mark Arkwookerum. 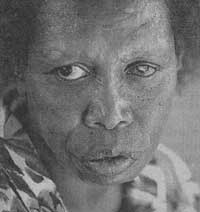 Meredith  Arkwookerum lost her left eye when attacked by her brother.

And this is the fault of the First Fleet, or white people generally, how?